This competition entry for a Chapel of Rest at Barrancos aims to create a peaceful setting for farewells. The design proposes a series of spaces against a backdrop of surrounding landscape, to evoke memories of loved ones. The architecture expresses itself mainly through the contrast between the solid simple forms of the buildings and the lightness of the veranda. The building works with the contours of the landscape, while an enclosed square acknowledges the geometry and orientation of the existing cemetery.

The main entrance is from the Sao Bento Street through a series of steps that guide people to the reception pavilion. This stepped route works as a preamble, initially concealing and subsequently revealing the expansive vista. The distance between the two built volumes allows for transition from reception to contemplation, a path for reminiscence along the way to the chapels.

The two chapels are designed as spaces for remembrance and introspection, where light and nature seep through narrow slot openings. Movable partitions allow the two spaces to be used as one.

The use of stone cladding on the external walls and white rendered internal walls alludes to the local architecture. The covered path mimics the traditional Portuguese varandas to bring the platonic forms into realms of the familiar. 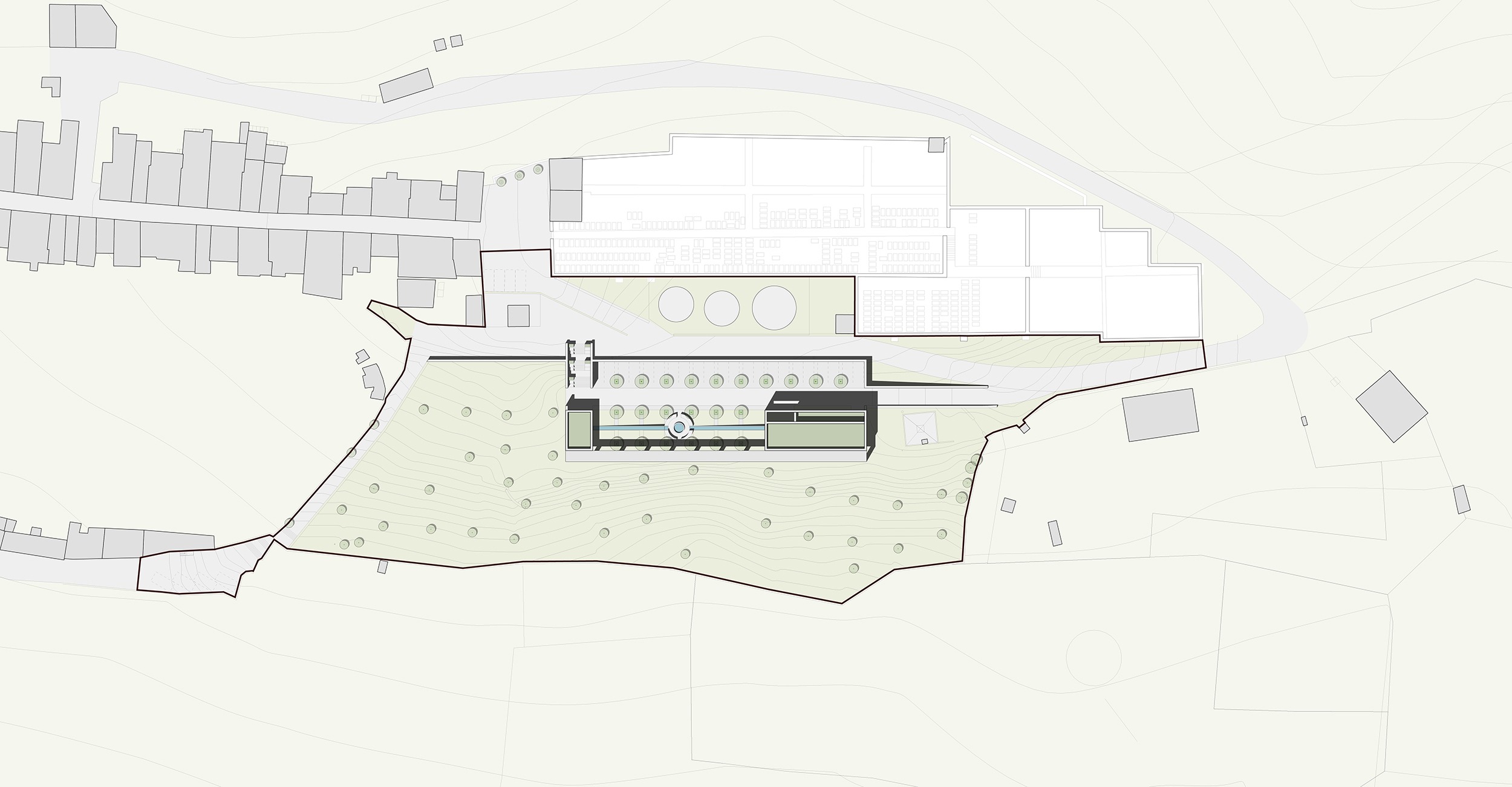 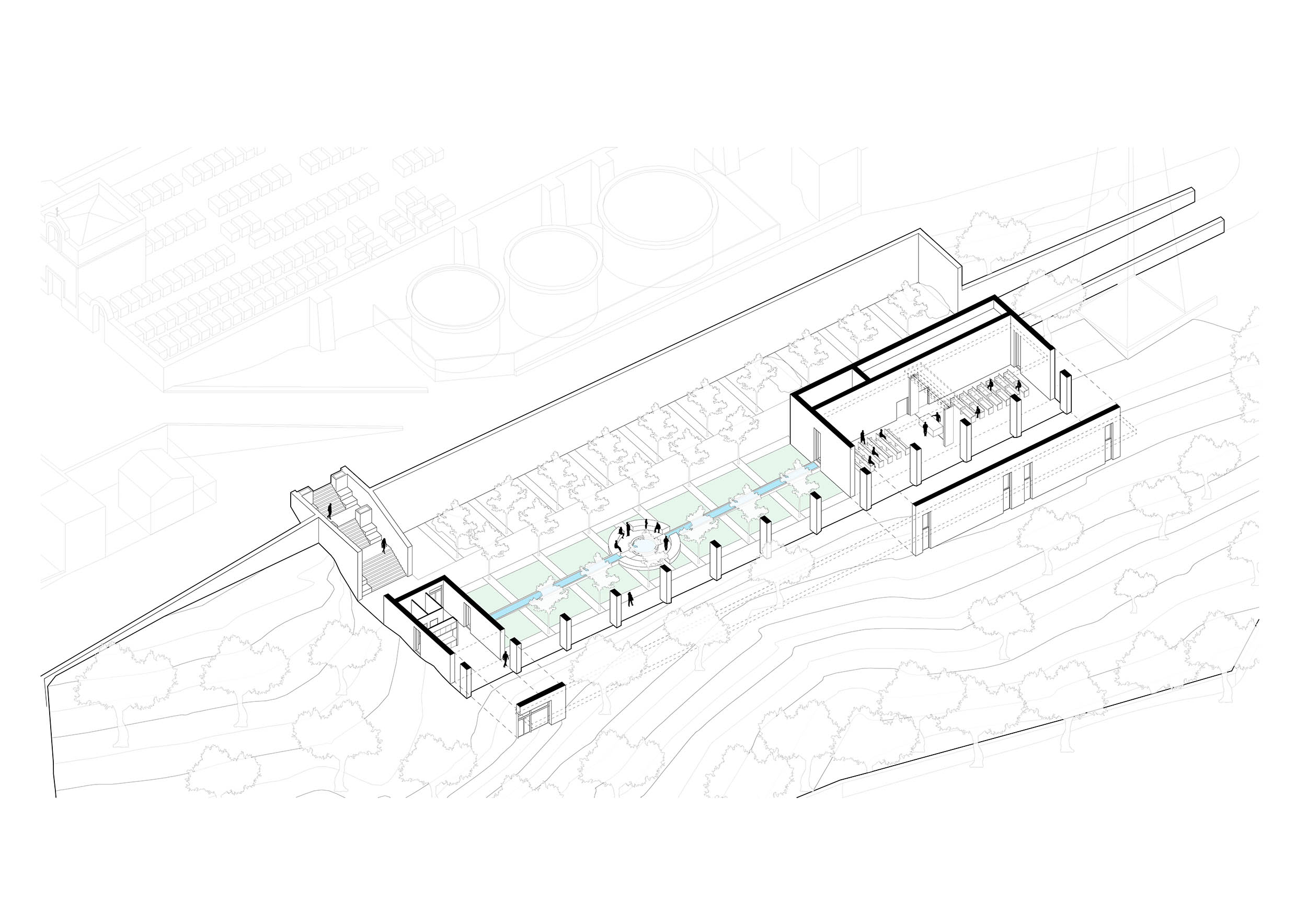